Compare Assange to Cardinal Mindszenty who spent 15 years in the American embassy in Budapest.
Reactions: Brenda Archer, Ellie, Ashiri and 2 others

Julian Assange not only knew that a murdered Democratic National Committee staffer wasn’t his source for thousands of hacked party emails, he was in active contact with his real sources in Russia’s GRU months after Seth Rich’s death. At the same time he was publicly working to shift blame onto the slain staffer “to obscure the source of the materials he was releasing,” Special Counsel Robert Mueller asserts in his final report on Russia’s role in the 2016 presidential election.

“After the U.S. intelligence community publicly announced its assessment that Russia was behind the hacking operation, Assange continued to deny that the Clinton materials released by WikiLeaks had come from Russian hacking,” the report reads. “According to media reports, Assange told a U.S. congressman that the DNC hack was an ‘inside job,’ and purported to have ‘physical proof’ that Russians did not give materials to Assange.”
Click to expand... 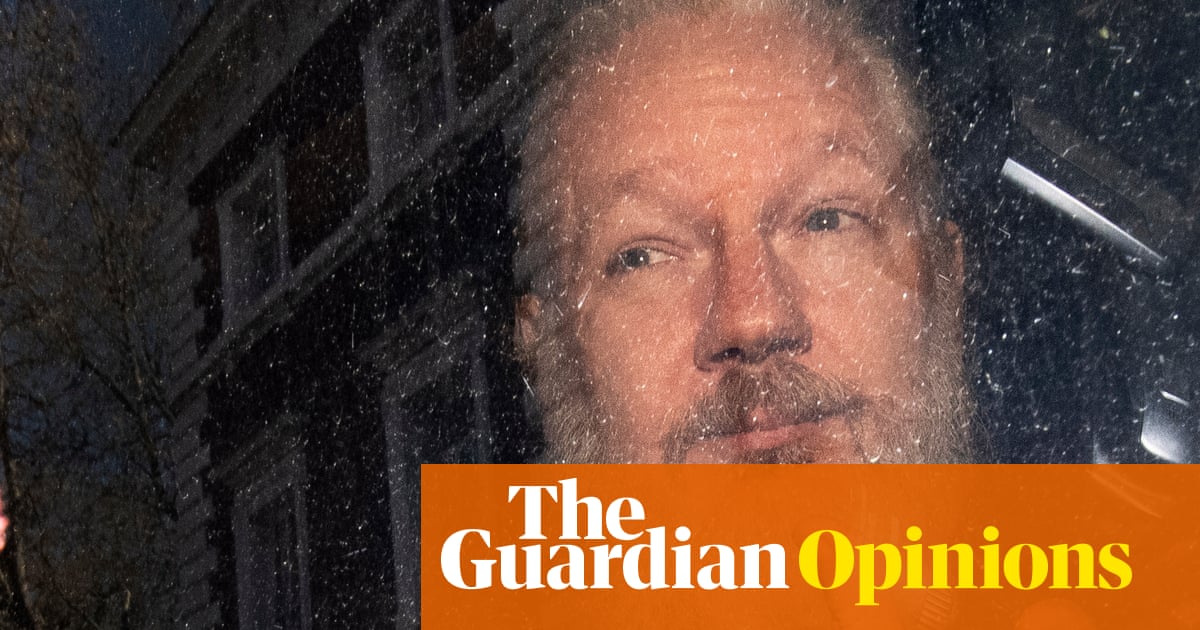 Surely no one is feeling any emotion as intensely as the happiness currently experienced by the staff, and especially the cleaners, at the Ecuador embassy

I think a little perspective is needed.

detrius said:
I think a little perspective is needed.

So America did terrible things in Iraq and other places without our direct knowledge, and Assange having discovered our misdeeds had to punish us with Trump?
Reactions: Aribeth Zelin

Does not mean he isn't a rapist.
Reactions: Innula Zenovka, Aribeth Zelin, Chin Rey and 5 others

Govi said:
So America did terrible things in Iraq and other places without our direct knowledge, and Assange having discovered our misdeeds had to punish us with Trump?
Click to expand...

No, I just think the discussion is incomplete without that video.

Have you watched it?
Reactions: Spirits Rising

I saw it when it was brand new to American eyes. It was horrible then, it is horrible now. Do past virtuous acts excuse or mitigate current crimes, like bail-jumping, rape, or conspiring with Russia to affect the outcome of the American president's election?
Reactions: Aribeth Zelin

The most recent comments haven't focused on that but on shit-smeared walls, which seems rather trivial by comparison.

Where was your outrage one or two pages ago?
Reactions: Spirits Rising

Did something written there obligate me to comment? I'm commenting now and you're arguing that I created a strawman argument. I'm saying past virtues do not mitigate current crimes. Do you have a contrary argument or are you just pissing into the wind?
Reactions: Aribeth Zelin and Spirits Rising

All of it with little to no consequences. A series of outrages that all distract from the previous ones

I don't know about you, but it makes me feel kinda nauseated and want to hit the reset button.
Reactions: Govi

All of it with little to no consequences. A series of outrages that all distract from the previous ones

I don't know about you, but it makes me feel kinda nauseated and want to hit the reset button.
Click to expand...

I don't see it that way at all.

There's no question at all about whether he's guilty of a Bail Act offence, for which he'll probably receive a prison sentence next month of about a year.

The question of whether Assange is guilty of rape is up to a Swedish court and is completely unconnected with the question of whether or not he helped expose US war crimes. It may be that part of his defence is that he's innocent and he is the victim of a conspiracy orchestrated by the US in retaliation for what is said to be his role in exposing US war crimes, but that's an issue for the court, not him, to decide.

Similarly, the question of whether or not he should be extradited to the USA is completely unconnected to the alleged rape. He will doubtless raise a number of reasons why the extradition request should be refused, including ones relating to him personally, such as whether or not he'd receive a fair trial in the US and the conditions in which he might be held, and also more general ones such as whether the activities complained about in the indictment do, in fact, amount to an offence in English law and the chilling effect of his possible extradition on legitimate journalistic activities.

It's wholly right that he should argue these points, and it's quite possible that the courts will agree with some or all of them. His previous behaviour has ruled out bail, so he has only himself to blame for the fact that he'll have to argue them from prison.

Personally, I hope the British courts will refuse the US extradition request and either send him to Sweden for trial if they still want him or, if they don't, then send him to Australia or anywhere else he wants to go that will have him.

But whatever happens to him has to be a decision for the courts, not him and not governments.
Reactions: Aribeth Zelin, Cristalle, Ashiri and 1 other person

I fail to see all this "outrage". I see a discussion of events as they unfold, almost tepid compared to the heat in other threads, along with some humorous digs about being a bad house guest. Perhaps my threshold for nausea isn't as low as yours, detrius.
Reactions: Aribeth Zelin, Sid, Innula Zenovka and 1 other person

In the early days of Wikileaks notoriety they worked with journalists going through the material and redacting things they felt were dangerous.
This was in the days of Manning's leaked papers. But Assange didn't like the time it took and pushed wikileaks into a publish and be damned strategy that started to reveal things it really shouldnt - rape victims details, the names addresses and phone numbers of most Turkish women.
It also started lying about the nature of what it was leaking and finally got into misinformation and election interference.

Whatever wikileaks was once , it tarnished itself and lost its value and trust. That was all because of Assange. So while it's fine to praise what good it did achieve you can't do that without also considering what happened after and who was irresponsible enough to take it down that course.
Reactions: Soen Eber, Aribeth Zelin, Rose Karuna and 8 others 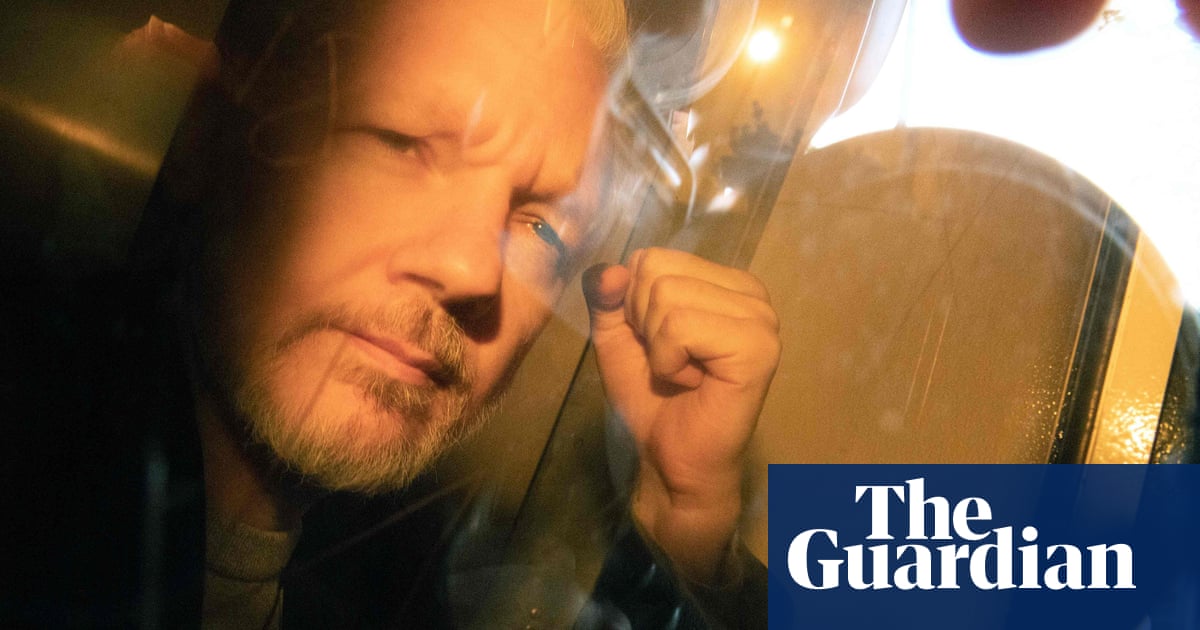 Normally he'd be released at the half-way point and deported, but he'll remain in custody, on remand, while the extradition request is argued. That's almost certainly going to take a couple of years, I would expect.
Reactions: Brenda Archer, Cristalle and Govi 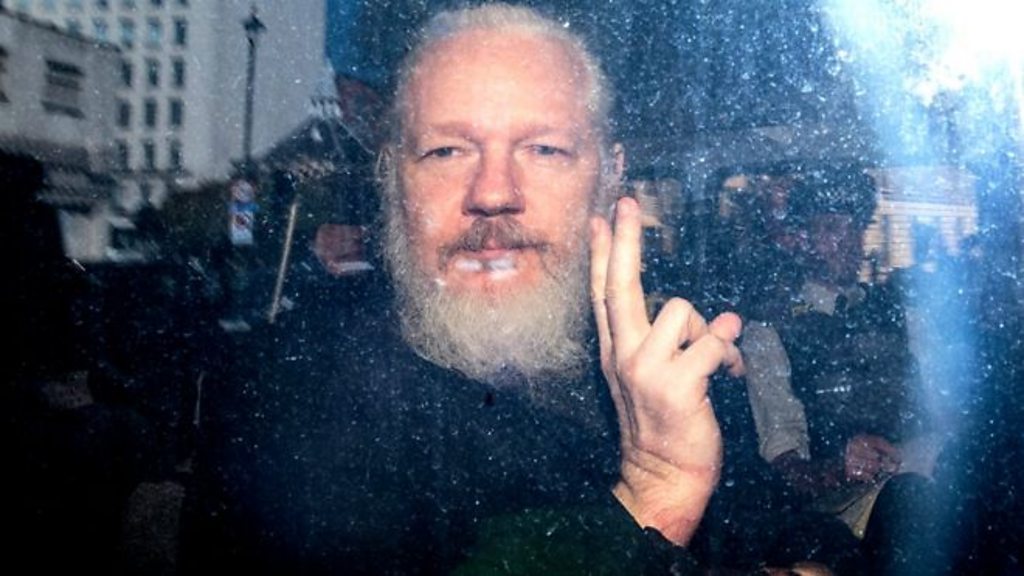 Prosecutors reopen an investigation into a rape allegation made against the Wikileaks co-founder in 2010.

It will be up to the "British authorities" (which I assume means the government, but I'm not certain) to decide whether the Swedish or American application should take priority. I suspect that Swedish one will win out, but that's just an informed guess rather than based on anything solid.
Reactions: Ryanna Enfield, Brenda Archer and Chin Rey

Innula Zenovka said:
It will be up to the "British authorities" (which I assume means the government, but I'm not certain)
Click to expand...

By the way the equipment used by Assange in the embassy is going to be handed over to American authorities, which will be used in building the case against him there. 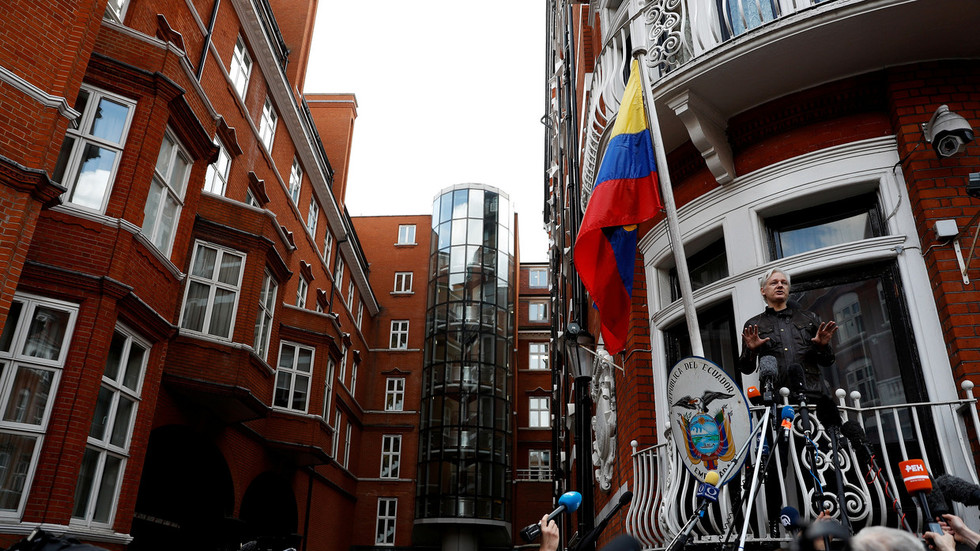 Ecuador's attorney general has informed Julian Assange's lawyer that the WikiLeaks co-founder's files, computer, mobile phones and other electronic devices will be seized during a search of the London embassy and sent to the US.

It's not just the government's current weakness that's causing the problem -- it's pretty much an unprecedented situation, complicated by the fact that Sweden's request will be made under the European Arrest Warrant procedure, with the courts in control, but the US one is made under a bilateral extradition treaty, which gives more discretion to the Government, so different rules and procedures apply in the two cases.

This, from Sky News, makes what I think is a convincing argument that Sajid Javid, our Home Secretary, will give priority to the Swedish request, for both legal and domestic political reasons: Why the UK is likely to favour Sweden's request for Julian Assange over US. I hope they're right, since I think the Swedish case is much stronger than the American one.
Reactions: Ryanna Enfield and Brenda Archer 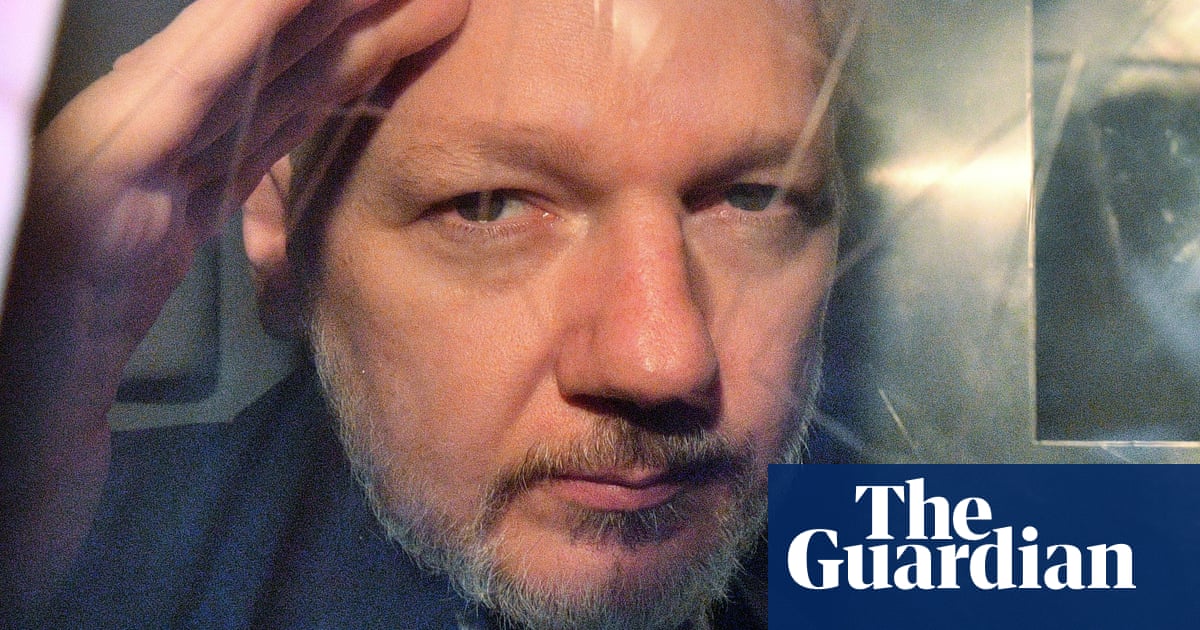 It's worth noting that the law has changed in the last year or so, partly in response to controversy over extradition requests in high profile cases, such as that of Gary McKinnon or Laurie Love, to remove the Home Secretary's role as court of last resort, who has to make the final decision after the courts have all agreed.

Now the Home Secretary's role is almost entirely formal -- in effect all Sajid Javid has done is certify that the extradition request is appears to be a valid one under the current bilateral extradition agreement (signed by the appropriate people and so on) and there are no procedural obstacles to extradition of which he is aware, so the case may proceed -- and the matter is now entirely in the hands of the courts.

This means that the courts, not the Home Secretary, will now be the final arbiters of the human rights aspect of the case, which is probably as it should be -- in principle, to my mind, it's always better to have quasi-legal decisions taken by the courts rather than politicians and, if there are objections to the provisions of the existing agreement (and there are many objections to the existing one, including some trenchant ones from Boris Johnson at one time) then we should renegotiate the arrangement (take back control, even) and fix the matter rather than use the excuse that the Home Secretary can always block extraditions at the last moment.