That rocket really hauled ass. Was it my imagination or did it clear the tower faster than the Saturn V's did?

That rocket really hauled ass. Was it my imagination or did it clear the tower faster than the Saturn V's did?
Click to expand...

It really did look that way. I imagine someone's doing the numbers and we'll be able to know for sure soon.

Artemis takes a selfie with all of us: 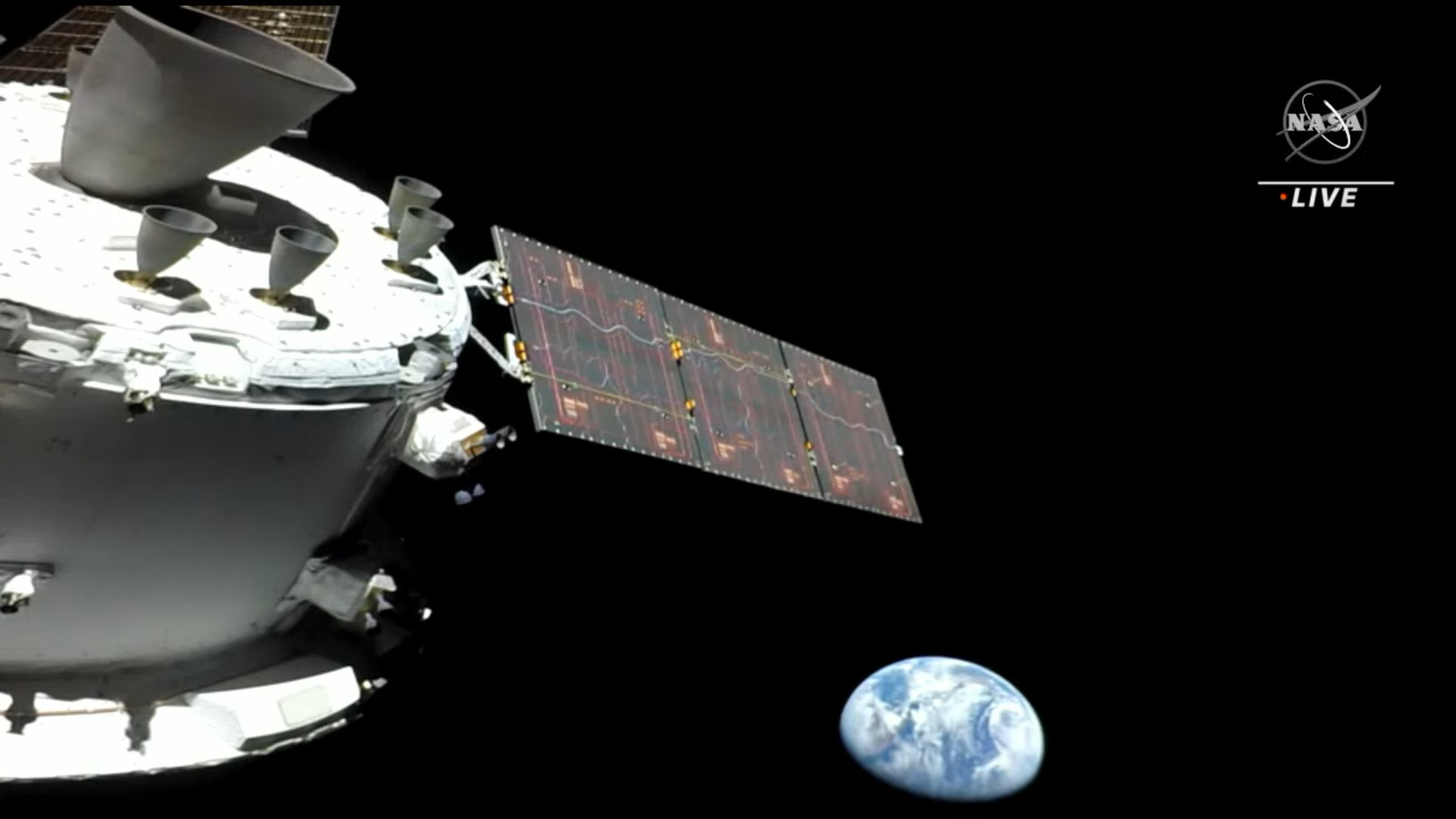 Expect some good pics from this mission guys. Artemis is LOADED with 4K cameras, external and internal. The one that took this shot is located on the end of one of the solar arrays.
Reactions: Archer, Khamon and Soen Eber

Here's a neat thing that I never knew existed: NASA has a realtime 3D simulation of the entire solar system that you can cam around in: 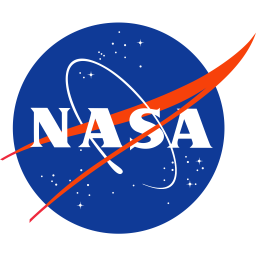 We are going! And you can follow along. Track the #Artemis I mission in our "Eyes on the Solar System" real-time 3D simulation: https://eyes.nasa.gov/apps/solar-system/#/sc_artemis_1 #NASASolarSystem

The link in the post specifically zooms on Artemis and its present position, but you can click on any satellite or planet to zoom in and get some information about it.

The only thing about this tracker is, it shows Orion as basically pointed in its direction of travel, whereas for thermal efficiency the actual spaceship is flying with its butt always pointed at the Sun, as shown in the dedicated Artemis tracker I linked last night. It's pointed this way to thermally protect the capsule during the transit portion of its flight. When in orbit around the Earth or the Moon obviously it will be different, but in that phase of flight Orion's solar panels will continuously pivot so that they're always pointed as directly at the Sun as possible.
Last edited: Nov 16, 2022
Reactions: Archer and Khamon

Reports are filtering in that the insanely powerful SLS caused some damage to the mobile tower during launch, lol.
Reactions: Govi

More than halfway there!

Artemis is speeding up as it approaches the Moon, preparing for its close fly-by coming up in about two hours from this post. I have to sleep so I'm not going to be able to see it live, but if you want to, coverage has already started here:


Artemis should get some gooood shots of the Moon as it flies by. If I see any published later today I'll share them.
Reactions: Govi

Waiting for telemetry to come back. Views of mission control which is a lot nicer than it used to be. I want those monitors. Also those bags of chips.
Reactions: Dakota Tebaldi

The stream is still available from that embed above, for those of you who missed it. Artemis swung CLOSE - not much more than 600 miles above the surface - and although there was signal loss while it was behind the Moon, it completed the pass with no problems and reestablished communication once it came out from behind.

Artemis will now be entering a "deep retrograde" orbit around the Moon. This will take it out into deeeep space and back again, reaching its furthest distance from the Moon (and from Earth) next Monday afternoon. This orbit will eventually bring it back for another close pass around the Moon before it heads back home.

I don't know if NASA will try downloading any of Artemis's Moon images through the Deep Space Network while its still out there, but all of the video and still photos its cameras are taking are being stored on board, so after it gets back, hopefully there will be some wallpaper-worthy shots to look forward to.

According to NASA's recent presser there was some damage to the mobile launcher and service mast from the launch, but not nearly as much and as bad as some were fearing. There is some conspicuous surface scorching in a few areas that could be seen in photos taken from a distance, which led to some speculation that the infrastructure was heavily damaged.

ETA: this video won't embed so just click this link

In ancient Greek mythology and religion, Artemis (/ˈɑːrtɪmɪs/; Greek: Ἄρτεμις) is the goddess of the hunt, the wilderness, wild animals, nature, vegetation, childbirth, care of children, and chastity.[1][2] She was heavily identified with Selene, the Moon, and Hecate, another Moon goddess, and was thus regarded as one of the most prominent lunar deities in mythology, alongside the aforementioned two.[3] She would often roam the forests of Greece, attended by her large entourage, mostly made up of nymphs, some mortals, and hunters. The goddess Diana is her Roman equivalent.
Click to expand...

This is all amazing. But the name scares the hell out of me and I keep thinking of one of those space horror flicks, you know, something like "The Artemis Project" where the crew steadily goes insane and bad things happen and scenes flick back and forth to an astronaut's home life showing a young child doing crazy things. The freeze frame at the end on the moon with back-illuminted grays in a room with weird inscriptions, one of the grays writing on a clipboard device in the background while the forefront one extends his finger towards the camera, filling the lens in harsh chiraco lighting. Or am I just crazy?

Couldn't they find a less-scary god(dess)? Hermes, Branwyn, Casper even?

Certainly more appropriate than Apollo, who was (barely) a Sun god.

Free said:
Certainly more appropriate than Apollo, who was (barely) a Sun god.
Click to expand...

Well, Greek gods wore a lot of different hats for over a thousand years or so back then what with the post-bronze age collapse, different ethnic groups, isolation and so forth as well as 19th C. Victorians going "Oh, how cute" and painting over everything. Apollo has close to a dozen items in his portfolio, along with being brother to Artemis.