Artemis is the name of NASA's current modern-day project for sending humans back to the Moon and then beyond. Planning for a new Moon mission began in the mid-2000's under a different name (Constellation), and plans and names changed over the years as budget and political priorities shifted - you know how that goes. But Artemis is the program that has officially made it to a launch, using vehicles and systems that originally began development under those earlier programs.

Artemis launches on the Space Launch System (SLS), a biiiig staged rocket system that will be used for all of NASA's interplanetary missions going forward. It consists of Lockheed's Orion Crew Module - which looks very much like the old Apollo command module, but bigger and with more modern technology, including solar arrays for main power - and the European Service Module, which was built by Airbus. Lunar landings, when those start to happen, will be made using landers build by several different vendors, and they will be much different from Apollo missions. Each lander vendor will be responsible for launching their lunar lander unmanned and putting it into a waiting orbit around the Moon, after which that mission's crewed Orion will be launched, dock with the lander in lunar orbit, and land from there. The first lander is being built by SpaceX. Artemis missions will spend up to two weeks around the Moon initially, but a Lunar space station with 6-month missions is being planned for the future.

Artemis 1 is the first mission and will be launching, hopefully, in less than a month! It will be an UNMANNED, basically test and rehearsal mission. It will fly all the way to the Moon, enter a high retrograde orbit, collect tasty data, and then return to Earth.

This video describes the whole mission:

The launch windows for Artemis 1 are (all times Eastern):

We'll then have to wait until 2024 for Artemis 2, which will be manned but won't make a landing on the Moon yet, followed hopefully by the first Moon landing in 2025.

Artemis is our generation's Apollo. With the added benefit of being science and exploration for its own sake rather than as a pretext for "beating the Russians" (or whomever). I dunno if you can tell, but I'm super hyped for it. There's little bits and details I'm not the happiest about, but I'm not letting them spoil the whole thing for me. Artemis is going to put both the first woman AND the first non-white person on the Moon. I've always regretted never getting to see a shuttle launch in person, but I really hope that - assuming Congress doesn't kill it before I get the chance - I will be able to create an opportunity to go and watch an Artemis launch live. Until then, there's always livestreams!
Reactions: Tirellia, Noodles, Stora and 2 others

In case anyone is curious, Artemis was the fraternal twin sister of Apollo, hence the name choice.

This is my favorite photo so far. It was taken during Artemis' wet dress rehearsal in June. A wet dress rehearsal is when the rocket is put on the launch pad and they practice the entire launch sequence, including filling the tanks with liquid fuel, except that the engines aren't ignited and the thing isn't literally launched. And then the launch cancel and de-fuel procedures are practiced as well. Anyways, while the rocket was on the launch pad they got this brilliant shot: 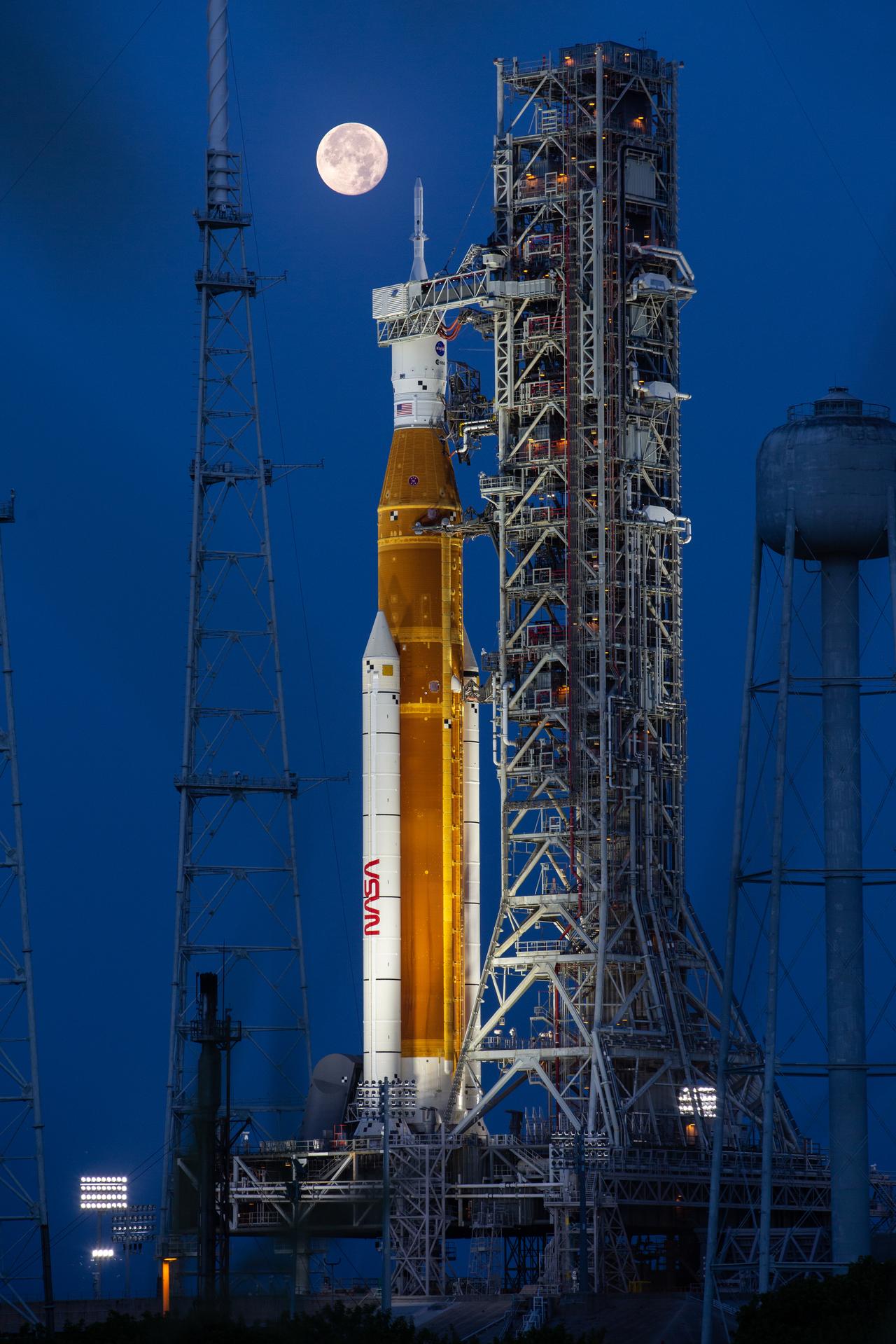 I dig the retro NASA logo on the booster. ^^ IIRC, there's one like it on the Orion module itself too. It's a strange placement here though for a retro callback if that was the intention because the red logo actually post-dates the Apollo missions.
Last edited: Saturday at 9:04 PM
Reactions: Noodles and Erich Templar

Not to knock Artemis, but MY generation's Apollo was .... Apollo!
Reactions: Marita, Argent Stonecutter, Sid and 2 others

My generation's Apollo was: 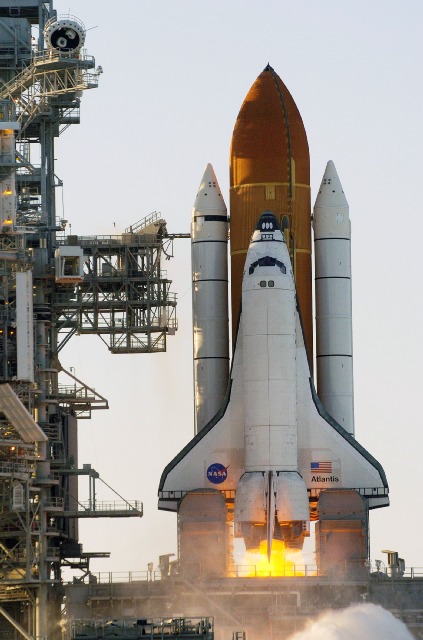 Casey Pelous said:
Not to knock Artemis, but MY generation's Apollo was .... Apollo!
Click to expand...