Who else is watching this unexpected jewel of a Star Wars series?

It's not a thrill ride a minute, but I'm finding it well plotted, thoughtful, and I'm affected by a lot of the cast. There's no rebels Good (Cassian would shoot Greedo in the face the moment he sat down!), Empire Bad moralizing, while they still seem to have made the Empire something to dread without simply sticking the Death Star in background shots. The politics in the show (and there's more than a bit of it) is interesting and almost to the level where you feel you have to follow ever word. And let's just say Stellan Skarsgard automatically elevates everything he's in, but he's not just here for the franchise money.

It's not quite what I was expecting.
Reactions: Jopsy Pendragon, Ryanna Enfield, Lexxi and 2 others

Maarva: Take all the money you've found and go and find some peace.
Cassian: I won't have peace. I'll be worried about you all the time.
Maarva: That's just love.


Cassian: I don't know anybody here. I'm a tourist.
Shoretrooper: Tourists don't run.
Cassian: But I'm not running.
Shoretrooper: You got that right. That window is shut.
Last edited: Oct 20, 2022 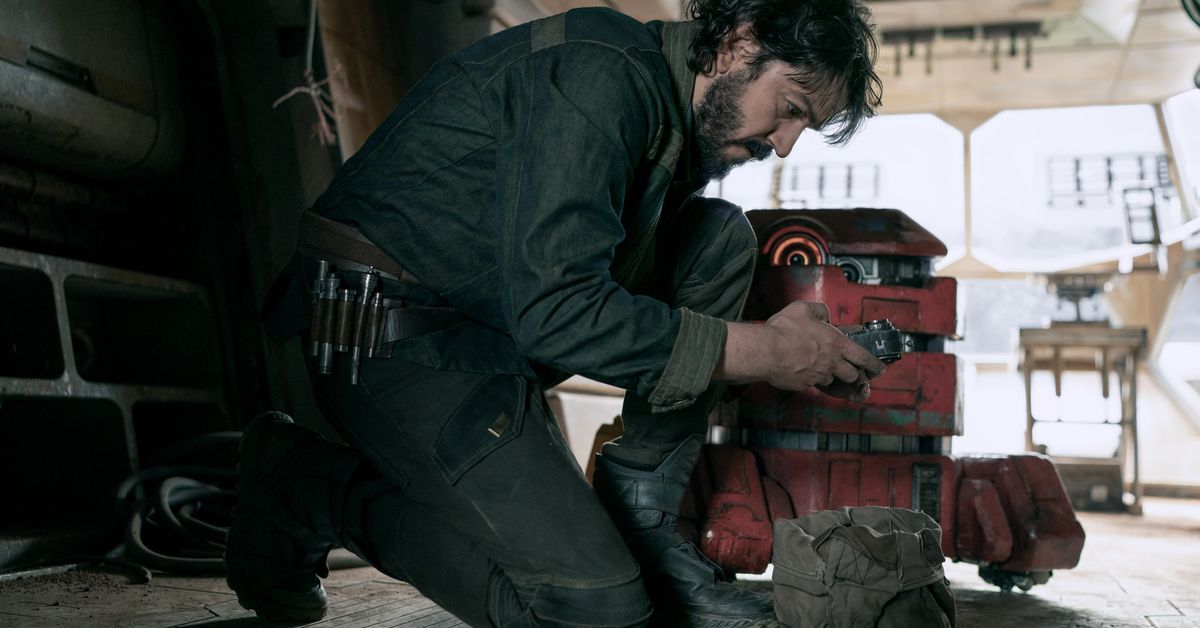 Andor’s designers approached it like a Star Wars period drama

A look at some of the finer details.

I held off on episode 10, One Way Out, until this morning.

Holy crap. The expected prison break was unexpectedly jaw dropping. Andy Serkis' performance is Emmy-level. Stellan Skarsgard's monologue on what he sacrifices was near-Shakespearian. The scenery and sets and camera work. The music. It feels like I'm watching the most underrated tv series out right now.
Reactions: Veritable Quandry, Ghost Pepper and NyteWytch 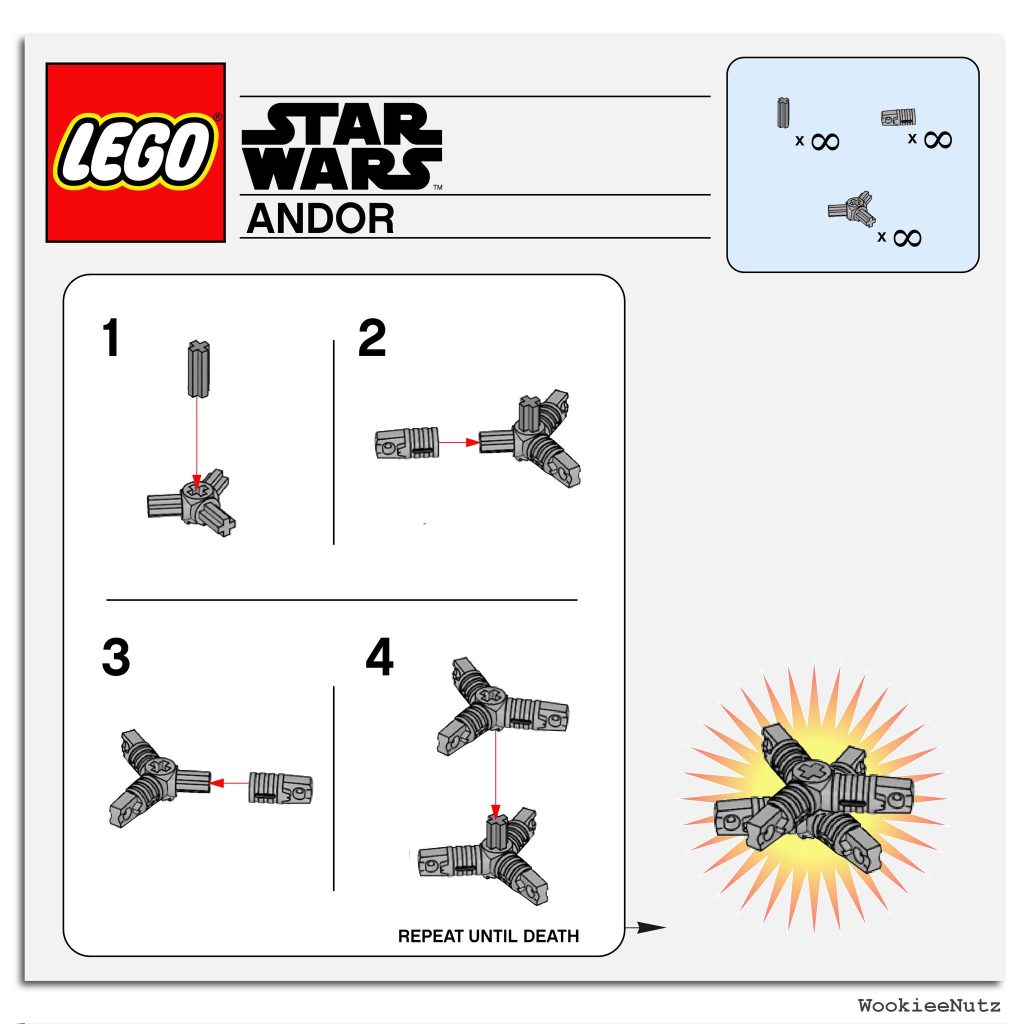 I think that they have already started filming season 2.

The first two episodes are airing on FXX (i think) tonight so we shall watch. Still not gonna subscribe. But I’ve been watching Diego Luna watch paint dry for decades.

I missed the after credits scene.
On Narkina 5 they were building parts for the Death Star. They’re brackets that link together the gold panels inside the superlaser.
Last edited: Friday at 12:55 AM