Is his internal polling done by the Three Stooges?
Reactions: Cindy Claveau, Rose Karuna, Ryanna Enfield and 1 other person


Is his internal polling done by the Three Stooges?
Click to expand...

Like the responses say, the voices in his head. Or his kids.
Reactions: Rose Karuna and Ryanna Enfield


Anyone on Twitter, feel free to retweet! I think she put it beautifully.
Reactions: Katheryne Helendale and Cindy Claveau

Matt Gaetz said:
This is all of us.
Click to expand...

Sorry, I'm not a twatwaffle who holds a gun like I'm about to wet my pants and fears black people just walking by my house.
Reactions: Katheryne Helendale, Cindy Claveau, Rose Karuna and 4 others


Is his internal polling done by the Three Stooges?
Click to expand...

More polling stars to wish upon.

That’s still frightening. I’m sure many Republicans may prefer Biden to Trump but will they vote against their party? I hope many just stay home disgusted but...
Reactions: Cristalle

Isabeau said:
That’s still frightening. I’m sure many Republicans may prefer Biden to Trump but will they vote against their party? I hope many just stay home disgusted but...
Click to expand...

The numbers listed are for states considered battleground states, but where Trump *won* in 2016.
Reactions: Aribeth Zelin and Isabeau

Words of hope to go along with the numbers.

What do you have with hundreds of lawyers at the bottom of the ocean? A bulwark against Trump attempting to dump all the votes against him down there.
Reactions: Katheryne Helendale, Rose Karuna, Innula Zenovka and 1 other person

Innula Zenovka said:
One potential Republican route to victory this November that I must confess hadn't occurred to me

I'm struggling with the idea that the government is allowed to "outlaw" any political party. We haven't outlawed the KKK or neo-Nazis yet. I think the democrats are safe.
Reactions: Romana 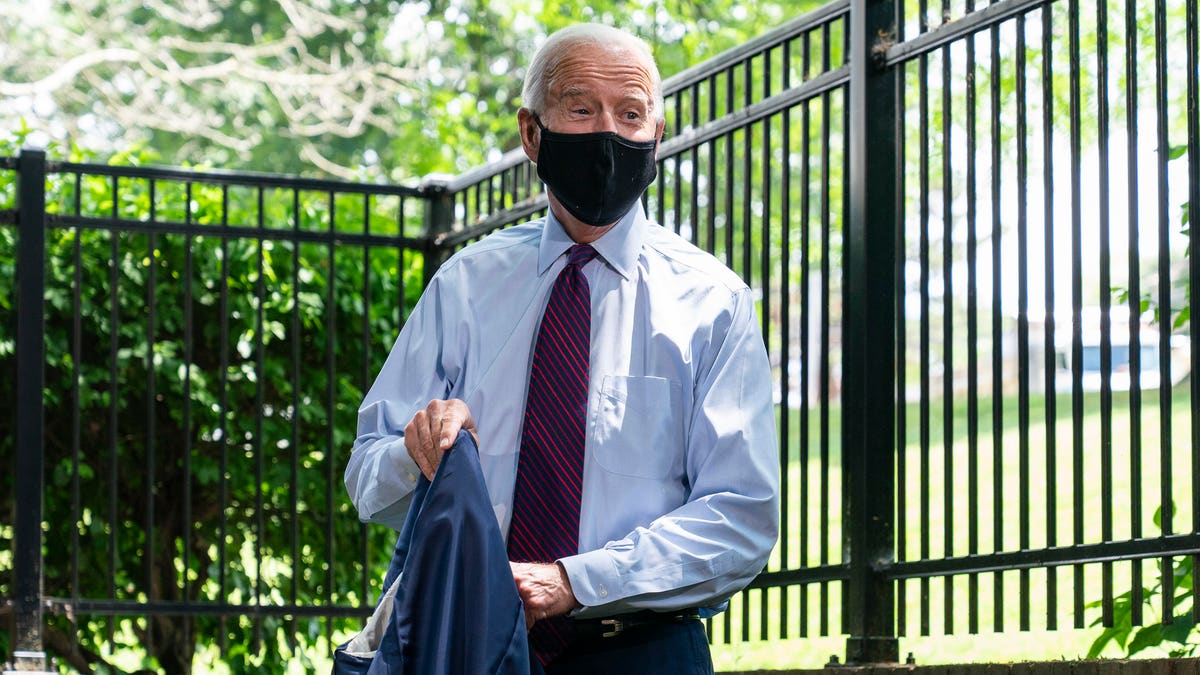 Biden Brings In $141 Million In June, Outraising Trump For Second Month In A Row

Trump brought in $131 million and likely still has a cash advantage as both campaigns post record quarterly hauls.

Trump campaign manager Brad Parscale on Wednesday announced that they, along with the Republican National Committee, raised a staggering $131 million in June for a quarterly total of $266 million, the largest fundraising month and quarter of the campaign.

But their triumph was short-lived, as the Biden campaign touted a record $141 million raised in June along with the Democratic National Committee, for a quarterly total of $282 million.

This is the second month in a row Biden has outraised Trump; in May, he brought in $81 million to Trump’s $74 million.
Click to expand...

Here in Europe one wins elections with votes.
Reactions: Katheryne Helendale, Cristalle, detrius and 4 others

Sid said:
Here in Europe one wins elections with votes.
Click to expand...

Agreed, but as a rule I wouldn't be too complacent as some of the same forces that desire to interfere with US elections have their sights set upon Europe, as well.
Reactions: Katheryne Helendale, Ryanna Enfield, Rose Karuna and 1 other person